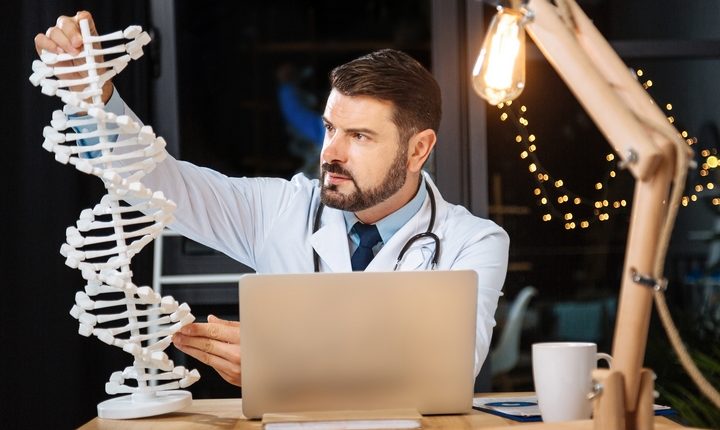 Ever wonder why every offspring look like their parents, why you are the only one in your family with your grandparent’s features?

Yes, this is mainly because of genetics and genetic inheritance.

Genetics is the discipline of biology, which involves a complete study of gene, genome, gene structure, nucleus, DNA and inheritance, which occurs in the human being. It is a theoretical framework, which is mainly used for understanding the biology of the human species.

Gregor Johann Mendel was the first person to explain about heredity, and also formulated specific laws about inheritance and how genetic traits are passed on from parents to offspring? Based on his discoveries and experiments on the basic principles of heredity, he is known as the “Father of Modern Genetics”.

Here in this article, let us learn some important and interesting facts about Genetics.

There are numerous differences between plants and animals.  In genetics, we will learn more in detail about the genes, differences in the shape and size of all DNA molecules. Overall, in all plants, animals and other living species, the DNA molecules will be the same and are made from the same four chemical building blocks called nucleotides.

Chromosomes are known as the genetic material of an organism, which is composed of proteins and DNA molecules. Altogether, a newborn baby has 23 pairs of chromosomes and are completely inherited from their parents. Among which the 23rd pair of a chromosome is called the sex chromosome and it determines the sex of an individual.

The origins of genetics lie in the development of theories of evolution. The study about the gene, genome, DNA, began decades ago.  The word genetics was introduced during the1900’s by English biologist William Bateson. The structure and the model of the DNA molecule were discovered by James D Watson and Francis Crick in the year 1953.

Both genetics and genomics play an equal and vital role in studying about health and diseases. Genetics explain mainly how the diseases are inherited in the family. Genomics helps in analyzing and to examine why some people get sick and are more prone to various infections, while others do not.

Figuring out Just How Much Auto Insurance Coverage You’ll Need

3 Benefits To Visiting Your Local Builders Supply Store In Sevenoaks.

How to Check Your Level of NEET Preparation

How to top your class 8 exams effectively with these tips?